IRANIAN FOLK AND WORLDMUSIC FROM SWEDEN

Golbang is a modern and limitless world music band with an entirely unique sound. The band name is Persian for “the song of the nightingale”, and the eight members have, among others, Persian, Baluchi, Kurdish, Afghan and Swedish roots. An important part of the Golbang magic is the distinct sounds from different cultures -that are present in all their songs – as well as their improvisational ability. 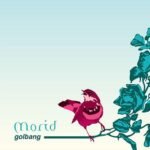 Some productions take longer than planned, but now, four years later than intended, Golbang's fourth album is finally here. This Stockholm-based band with a base in folk music traditions from different Iranian regions has always stretched beyond these and merged them with Swedish folk music, pop, rhythms from many parts of the world, and not least a brilliant turn. Sure, there are the latter left in some songs, such as the groovy Kurdish folk tune Gallawêja, but slow songs may take up more space than expected. Here is a tribute to singer Rostam Mirlashari's deceased sister, and a really beautiful interpretation of the Swedish folk song ”Allt under himmelens fäste", with beautiful piano playing and accordion solo by Daniel Reid.

Ruze Nou is unexpectedly turned into a reggae, which works well, and in Jane Shouki the typical Golbang-groove with its 6/8 rhythms is back before the two closing tracks are once again of the calmer kind. 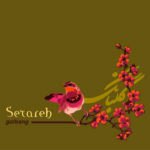 My only experience with the Orient was pouring rain, glistening snow and streaming sun all within a three-day period. Autumn, winter and spring in a single sweep. The seasons shift just as seamlessly in Golbang’s new album, “Setareh,” and you don’t know which is most beautiful. The poetic sensibility is just as strong and the humor just as incurably romantic. Golbang is a Swedish group with roots in Iran, Turkey, Mozambique and Sweden, a blend in which Eastern pathos and resonant clarity unite in a wonderfully tight and elastic rhythm. The singer, Rostam Mirlashari, must have one of Sweden’s most beautiful and seductive voices.

He invokes the stars, greets the new year and directs himself to his beloved with the words, “Drown me in wine and give me eternal life.” Best track: ”Nourouz” 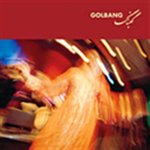 Golbang (consisting of seven exile-iranians and one swede) has brought with them musical memories from their homecountry, and at the same time kept a window open for other influnces. Elctronical keyboards interplays with western and arabian drums. Two folksongs, one from Sweden, the other one from Afghanistan harmonizes perfectly. The rest of the melodies, old and new originates from Iran. The word golbang means the nightinglaes song in persian. But Golbang could easily be used to describe the singer Rostam Mirlasharis voice soft yet rythmic, softly and gently swaying. Abdul Rahman Surizehis benjo jingles like a zither. until he turns the power on and makes the benjo sound like an electronical guitar!! Oriental sounds comes out from Daniel Carlssons saxophone. This is one of the best bands in Sweden- all categories!But to most people Golbang is a secret. So far that is. 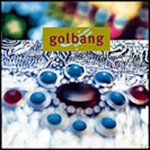 An exciting musical meeting between acoustic and electronic instruments from different cultures and continents.

If I should describe multi cultural-or world music, I need alot of words. Instead it’s easier to let you listen to Golbang’s new CD -Västerbottens Kuriren